Vaccination Does Not Cause Autism – Period 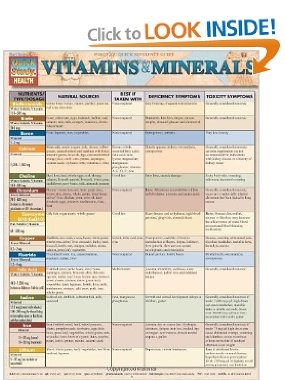 You’ve likely heard the claim before. Sadly, you may have heard it from the parent of an autistic child. Even sadder, you may be the parent of such a child yourself and have been left to wonder what caused them to develop such a condition.

A controversy has arisen over the past twelve years regarding the supposed causal relationship between childhood vaccination and autism. The controversy was put to rest earlier this month when Dr. Andrew Wakefield, the doctor whose 1998 research study found a possible link between autism and the MMR vaccination, was discredited. His study has been retracted by the scientific community after an extensive independent investigation which found that Wakefield had conducted it while acting as a paid consultant for a law firm attempting to sue the makers of the MMR vaccine. The UK General Medical Council ruled that Wakefield and another colleague had falsified the study’s data and had used unsound methodology to get his intended result. He stood to profit over $668,000 for concluding that the MMR vaccine caused autism in children and planned to develop and sell diagnostic kits which would net him a projected AÃ¯Â¿Â½28,000,000 per year. The investigation further found that Wakefield had lied numerous times in the resulting research paper, claiming that the study had been approved by the appropriate ethics committee when it had not been and that the participants in it had been selected through the appropriate processes when they were in fact handpicked by Wakefield and non-professional anti-vaccination campaigners. The journal which originally published the study, The Lancet, formally retracted it from the record on January 5th, 2011.

See also  Getting to Know the Silk Road Disease

The widespread notion that vaccination causes autism is the direct result of Wakefield’s 1998 sham study. Many people believed that the “study” was enough evidence to raise the question of whether or not vaccines cause autism in children. Many scientists, however, were skeptical from the onset because there were only 12 patients involved, far too small a number to garner empirical results. As of this month there have been ten credible studies conducted by unbiased researchers and they all conclusively point to the same finding: the MMR vaccination does not cause autism or contribute to the risk of its development.

A 2009 survey conducted by the LA Times reported that one in four Californian parents were concerned that vaccinating their children could cause them to develop autism. This belief was held despite the numerous studies which contradicted it.

The legitimate studies have shown all along that there was never a reason to believe that the MMR vaccine caused autism. With the recent investigations findings which prove Andrew Wakefield to be a corrupt profiteer, there is no longer a shadow of a doubt. With that, I issue a plea for sanity: Please don’t condemn your children to illness which can be prevented. Have them vaccinated.